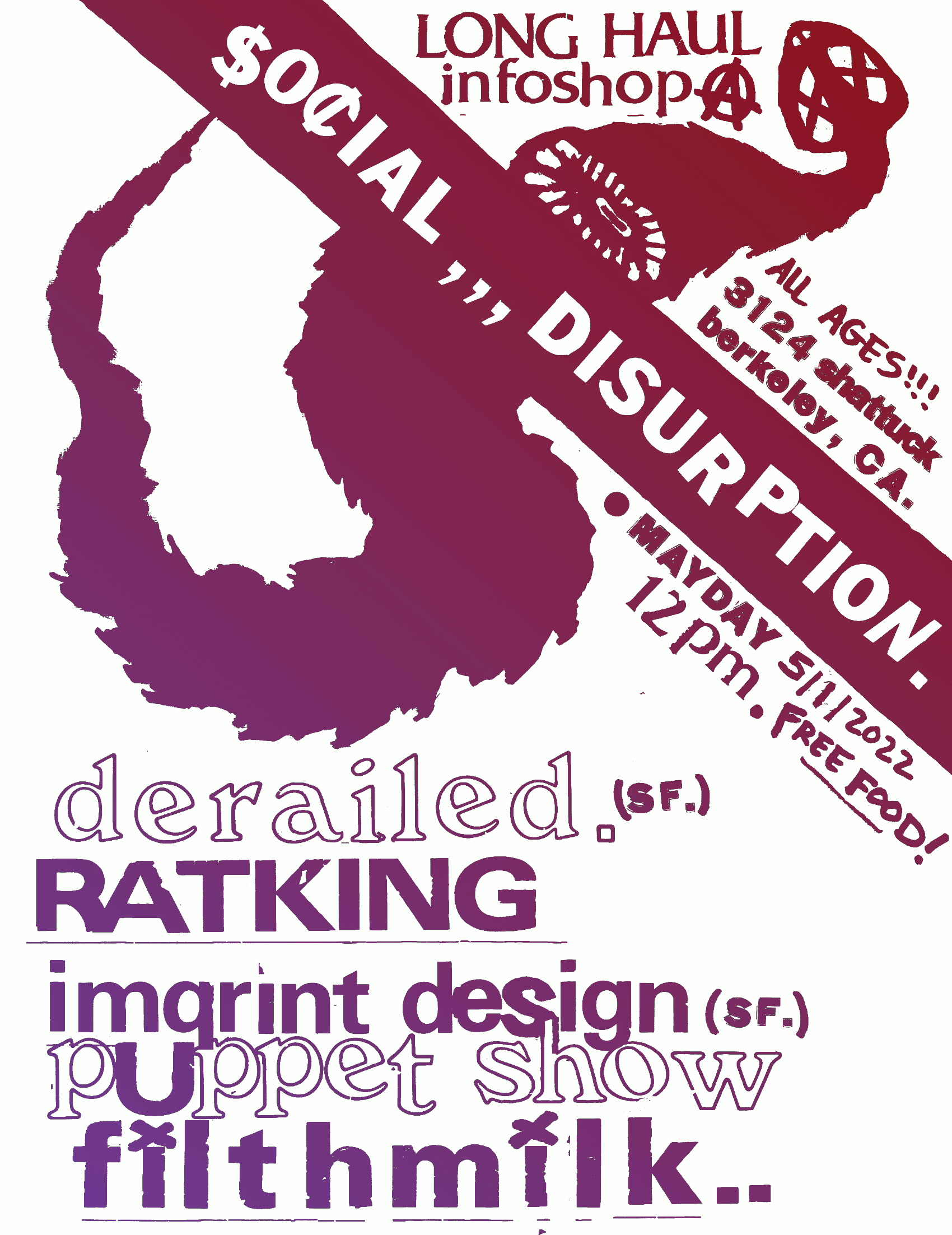 ¿A DAY OF REVOLUTIONARY SOUNDS at the LONG HAUL INFOSHOP? 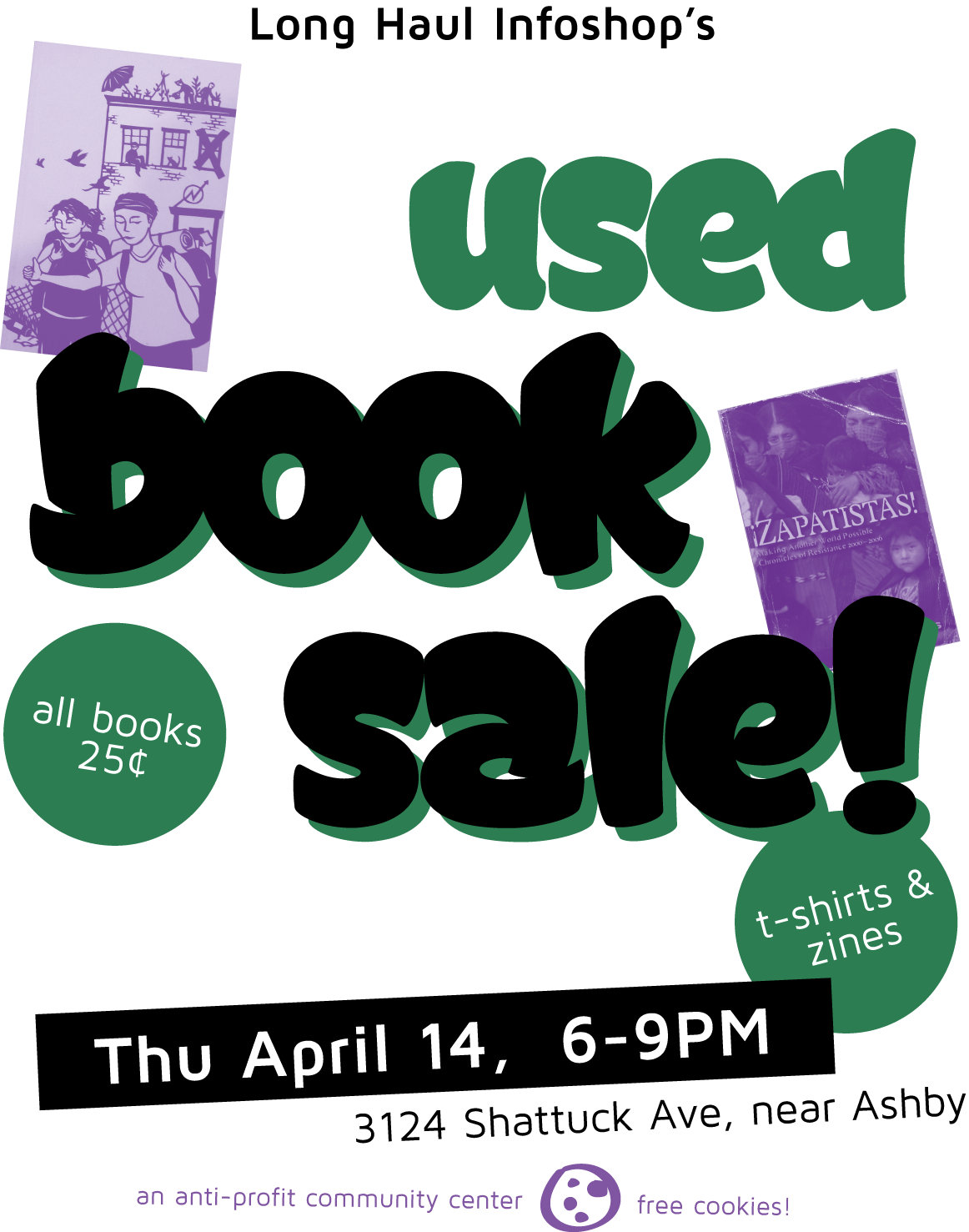 We are having a used book sale to bring new people into the space and make room for new books in our used bookshelves.

All books will be 25cents! We also have (new) t-shirts and zines for sale, along with lots of free stuff and our lending library.

Come through and see what’s up. 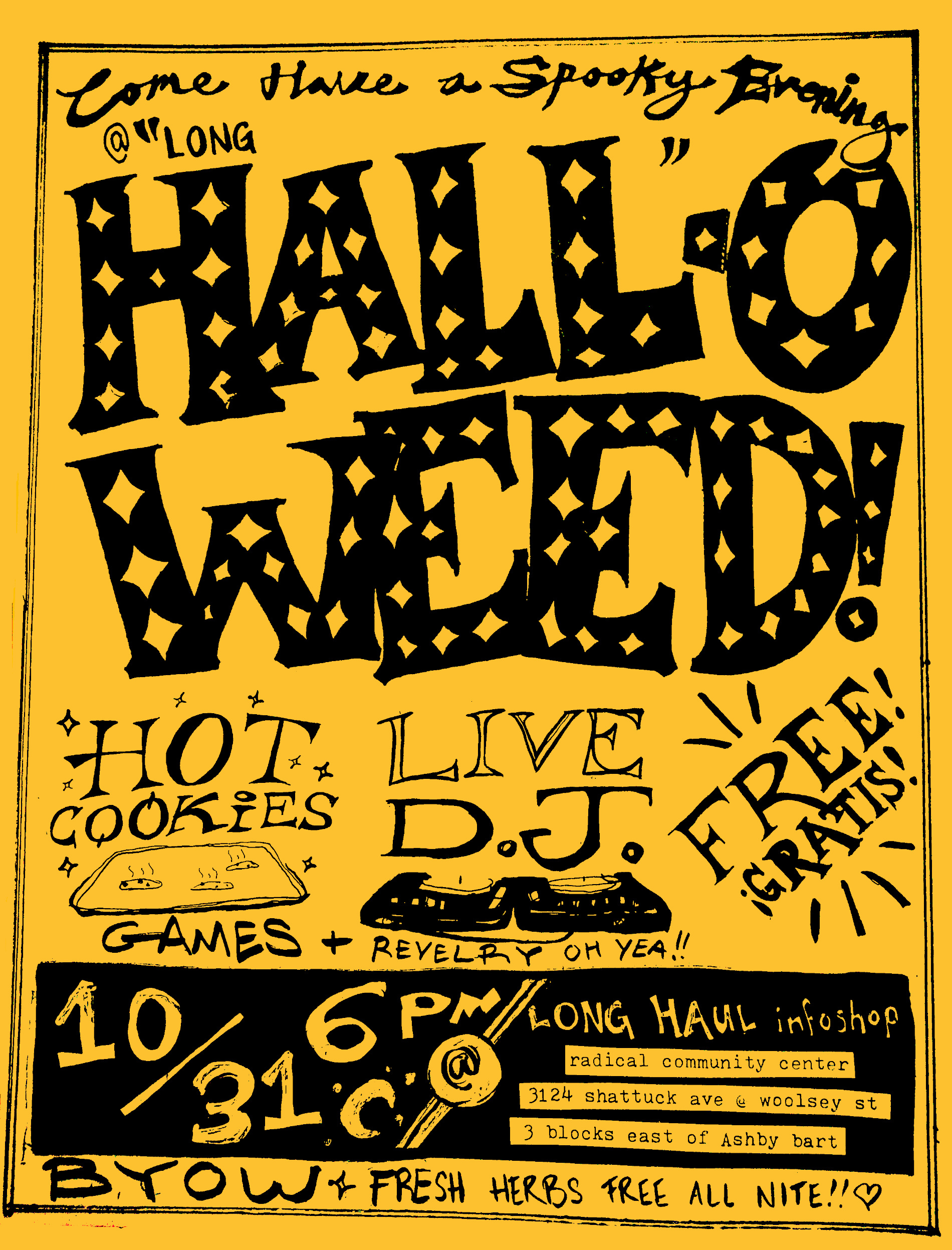 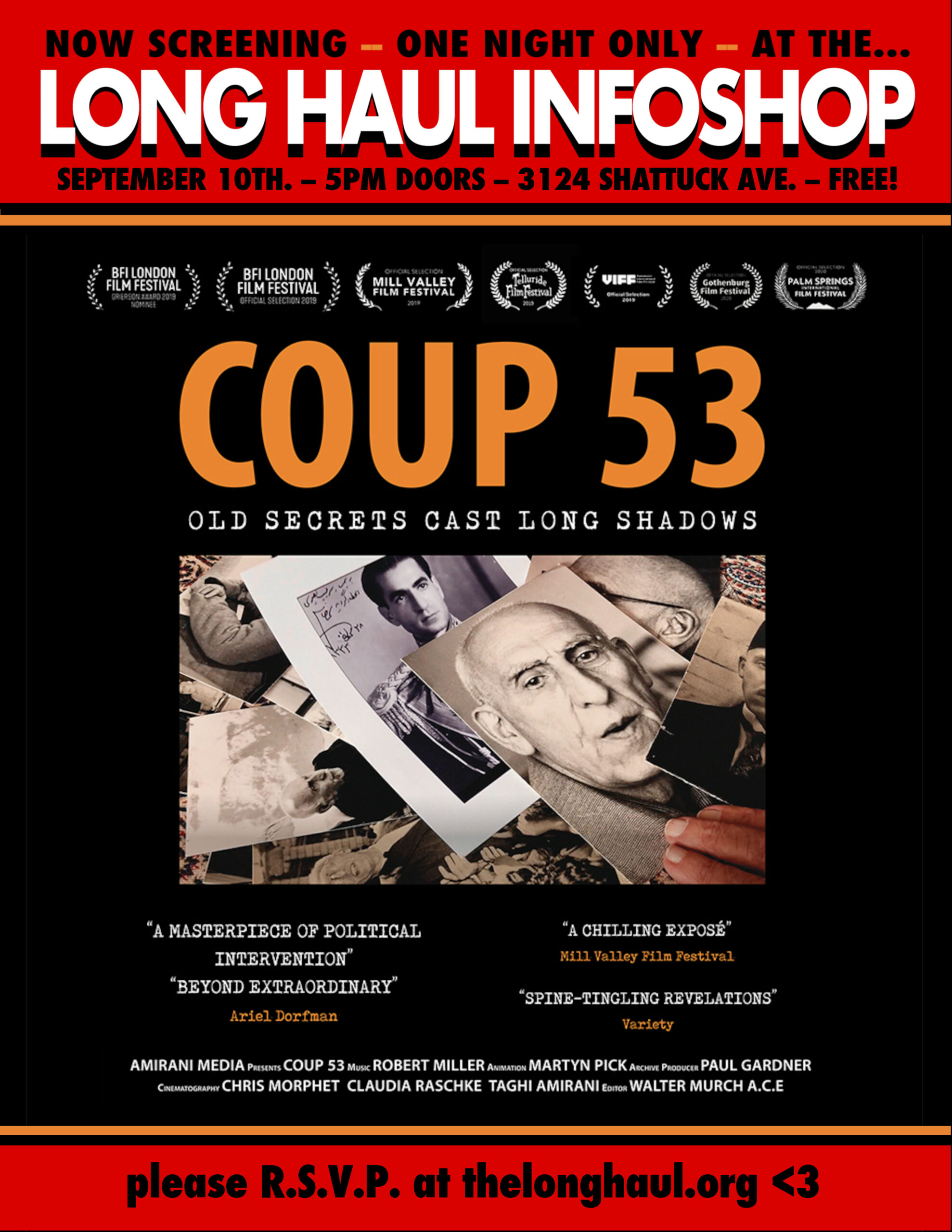 **We just want to have a better idea of how many people will be in the space in order to take COVID precautions. If over 12 people RSVP here, we will be doing a simultaneous dual screening outside of the Long Haul!**

“While making a documentary about the CIA/MI6 coup in Iran in 1953, Iranian director Taghi Amirani and editor Walter Murch (Apocalypse Now, The Conversation, The English Patient) discover never seen before archive material hidden for decades. The 16mm footage and documents not only allow the filmmakers to tell the story of the overthrow of the Iranian government in unprecedented detail but also leads to explosive revelations about dark secrets buried for 67 years. Working with Ralph Fiennes (The Grand Budapest Hotel, Schindler’s List, The English Patient) to help bring the lost material to life, what begins as a historical documentary about four days in August 1953 turns into a live investigation, taking the filmmakers into uncharted cinematic waters. The roots of Iran’s volatile relationship with America and Britain has never been so forensically and dramatically exposed.” 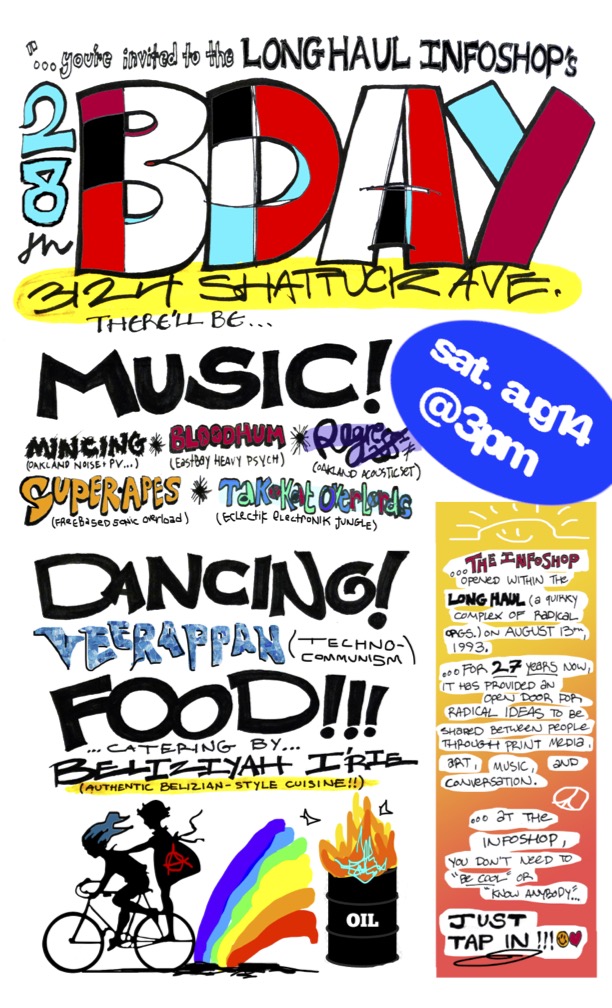 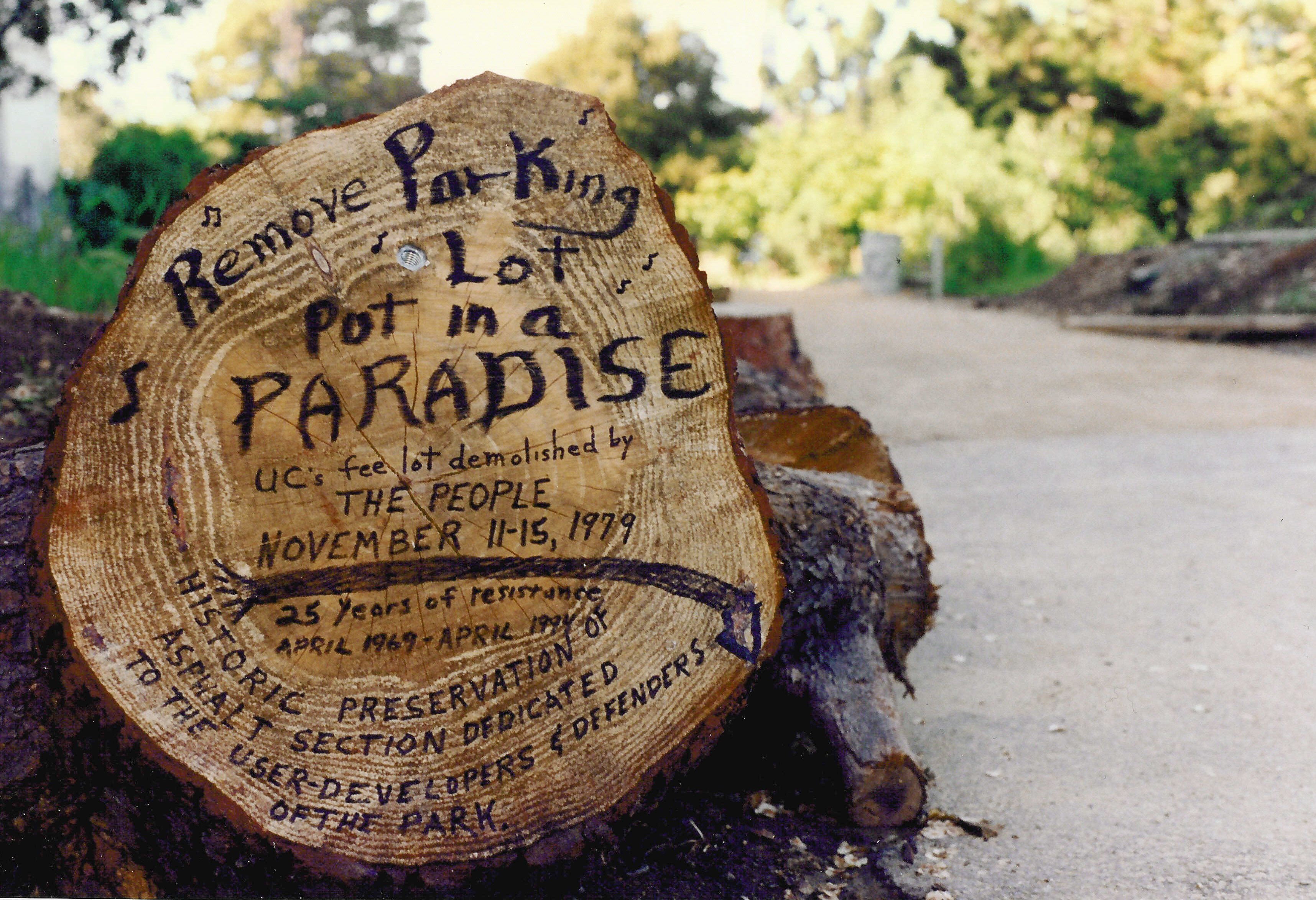 We are not advocating violence anymore than we advocate water running downhill. But the moment the first fences go up, Wingnuts will try and pull them down. The Police will react violently against the Wingnuts, causing the Wingnuts to react violently against the police. Then Alt-right Nazis will descend on Berkeley to violently defend whatever it is they think needs defending against Wingnut radicals. Anti-fa will mobilize and violently confront the Nazis. All of this resulting in a shit show that will make the 1969 and 1991 riots look like an afternoon soiree of tea and crumpets.

Let’s try to stop this insanity before it begins!

Please text “SAVETHEPARK” to 74121 to join the Bulldozer Alarm text list so we can mobilize fast to defend the park.

Also check out DefendThePark.org (defense organizing) and PeoplesPark.org (general info), if you have instagram you can follow @peoplesparkberkeley.